Truth, exposing the lie of Christianity. 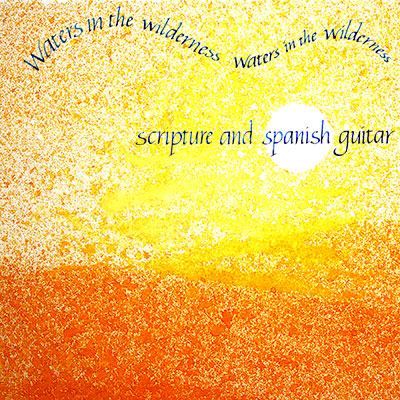 To heal the broken hearted

At the last Pesach Seder, the Passover meal which Yahushua shared with His friends, He said:

“If you love Me, you shall guard My commands. And I shall ask the Father, and He shall give you another Helper, to stay with you forever, the Spirit of the Truth, whom the world is unable to receive, because it does not see Him or know Him. But you know Him, for He stays with you and shall be in you.”

However, the Christian Church rejected the keeping of the Sabbath, the fourth commandment, and the everlasting sign of the covenant which Yahuweh made with His people, Yis’rael:

Instead, in 336 C.E., the Church adopted Canon 29 of the Council of Laodicea:

“Christians must not Judaize by resting on the Sabbath, but must work on that day honouring rather the Lord’s day by resting, if possible, as Christians. However, if any shall be found Judaizing, let them be shut out from Christ.”

“Forsaking the command of Elohim, you hold fast the tradition of men.”

This rebellion was influenced by the Roman emperor Constantine, who in the year 321 C.E. had passed a civil law appointing the first day of the week as a day of rest in honour of his Lord, the sun.

To this day, the Roman Catholic Church, and many of her dissenting daughters, the Christian denominations and churches, (Revelation 17:3-6), observe Sun-day, the first day of the week, and disregard the fourth Commandment, which is to rest on the seventh day. This fulfills the prophecy of

“For the earth has been defiled under its inhabitants, because they have transgressed the teaching, changed the law, broken the everlasting covenant.” Also see Mattithyahu 5:17-19.

History records, that following his ‘conversion’ to Christianity, Constantine drowned his unoffending wife, Fausta, in a bath of boiling water in 320 C.E., and in 326 C.E., beheaded his eldest son, Crispus. Further, Constantine repeated the sin of Yarob‘am/Jeroboam, who for political advantage, created a false religion. See 1 Melakim/Kings 12:26-33.

Yarob‘am made idols and substitute places of worship, commissioned non Levitical priests, and announced alternative moedim/appointments to those given by Yahuweh in Wayyiqra/Leviticus 23. Under Constantine’s legacy, Roman Catholicism is a similar subversion of the true worship.

Note: Scripture teaches that a day is reckoned from evening to evening. (Bereshith/Genesis 1). Whereas the Yahudim/Jews number the days of the week as 1,2,3,4,5,6, and Shabbat, the Romans named the days after the host of heaven, which they worshipped.

The first is named after the sun, ‘sun-day,’ the second after the moon, ‘moon-day,’ and so on, until the seventh day, ‘saturn-day,’ or satur-day.

In addition to the weekly Sabbaths, seven moedim, high Sabbaths, are also given in Wayyiqra/Leviticus 23:

When Yisra’el was rescued from Egypt, the blood of the Pesach/Passover lambs, was used as a sign of protection over their homes. It was also a prophetic picture of Yahushua’s blood, shed for all who claim refuge in Him. (Shemoth/Exodus 12:7, Mattithyahu 26:28).

To those Scribes and Pharisees who sought a sign from Yahushua, as proof of His Messianic identity, He replied:

The Church tradition that the Messiah died on a ‘good’ Friday is false, since this does not produce three days and three nights. He died on preparation day, when the Pesach lamb was killed without any of the bones being broken. The following day was a high Sabbath, the first day of unleavened bread. (See Yohanan/John 19:31-33, Shemoth/Exodus 12:46, Tehillim/Psalm 34:20).

Yahushua was therefore in the tomb for a high Sabbath and a weekly Sabbath, with a day in between.

Note: At Constantine’s Council of Nicaea in 325 C.E., the Christian Church replaced Pesach with Easter, in honour of Ishtar or Astarte, the Catholic/pagan queen of heaven, an idol of fertility. (Yirmeyahu/Jeremiah 7:18).

Hence the tradition of Easter eggs, Easter bunnies, and hot-cross buns. Easter is still observed annually, on a Sun-day, with no regard for the scriptural calendar in Wayyiqra/Leviticus 23.

Shavuot/First Fruits, is a celebration of Yahuweh’s Commandments, given on Mount Sinai. In Acts 2, the disciples were observing this high Sabbath, when they were anointed with the Ruach Ha Qodesh and spoke in other tongues. As Christianity rejects the Sabbath Command, it cannot be of the same Spirit, and its message and messiah will conflict with the Truth. (Yohanan 14:15-17 & Acts 5:32)

Yahushua Messiah kept the Sabbath (Luke 4:16), yet in a sinister manipulation of scripture, many translations have replaced His name with Jesus. (See 2 Corinthians 11:3-4 & 13-15).

When the foundations (commandments) are destroyed, what shall the righteous do? Tehillim/Psalm 11:3.

Yahushua was born in Beyth Lechem on Yom Teruah/Trumpets, the first of the autumn moedim. (Wayyiqra/Leviticus 23:23-25, Luke 2:1-20). His birth was announced to shepherds living out in the fields, watching over their flock by night.

As these Levitical priests were responsible for rearing blemish free, Pesach Lambs, they were invited to behold the new born, Lamb of Elohim (Yohanan 1:29). On account of an altitude in excess of 2,000 feet, these shepherds and their lambs would not have wintered on the Judean hillsides beyond the end of October.

Note: Christmas is the pagan celebration of the birth of the sun. At the winter solstice, the sun is at the lowest point of its cycle through the universe, before commencing to climb.  Over thousands of years, the winter solstice has migrated from the 25th, to the 22nd December. The notion that the Messiah was born at this time of year is contrary to scripture.

Scriptures for your consideration:

Yahushua told the woman of Shomeron/Samaria:

“You worship what you do not know. We worship what we know, because deliverance is of the Yahudim” Yohanan 4:22

‘Many shall say to Me in that day, “Master, Master, have we not prophesied in Your Name, and cast out demons in Your Name, and done many mighty works in Your Name?” And then I shall declare to them, “I never knew you, depart from Me, you who work Lawlessness!” (i.e. “You who do not keep the commandments!”)’ Mattithyahu 7:22&23.

Therefore, “Come out from among them and be separate, says Yahuweh, and do not touch what is unclean, and I shall receive you.” 2 Corinthians 6:17.

And I heard another voice from the heaven saying, “Come out of her, My people, lest you share in her sins, and lest you receive of her plagues.” Revelation 18:4.